As previousley mentioned on this Blog, we have an owner who lives in the South of France. Situated near Nice it is only a short drive to Italy and then onwards to Brescia where the world famous Mille Miglia race assembles annually for it's re-run of the historic road races of the past.

A plan was hatched for five intrepid souls to share the driving and mix it up alongside the MM cars. As most of the route is held on public roads it is quite common to have a significant number of classics and enthusiasts running alongside the 300+ numbered rally entries.

We enjoyed mixing it with the rally cars from Brescia to Densenzano and beyond with the occasional divertion onto the closed route courtesy of appreciative officials at the check points. 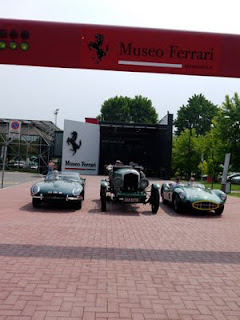 The following day was set aside for a visit to Maranello and the Ferrari Museum as well as a visit to Imola. 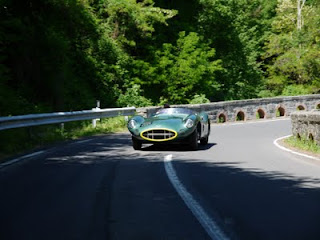 Day three was spent enjoying the mountain passes in the opposite direction of the rally. A good move that proved to have little traffic and allowed us to see the cars coming towards us. 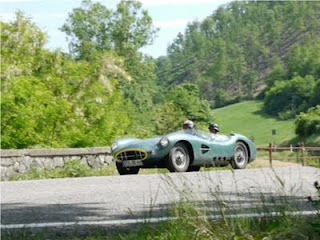 This ASM DBR was spotted on the Futa Pass section whilst we were enjoying a break in the shade.