Prescott Hill Climb is the home of the Bugatti Owners Club and nestles in the Cotswold Hills.
The hill is a challenging run of just over 1000 yards and incorporates some very tricky hairpin turns. 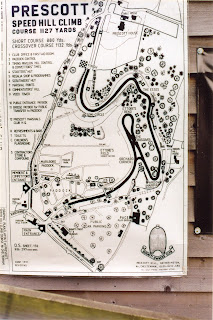 We were told that the hill record was around 36.5 seconds but as the day was non competitive and un-timed we were unable to compare our times. 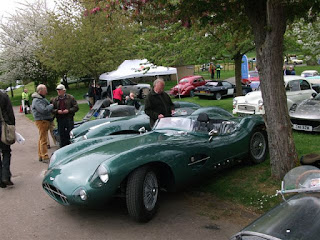 Being an un-timed event allowed us to dispense with helmets and overalls and also take passengers up the hill. 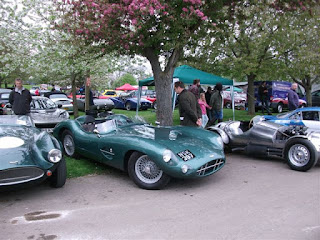 We were given paddock number C11 seen here sandwiched between a WAM DB3S and a Bristol Special. 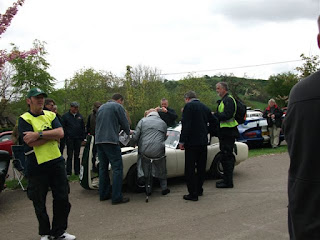 One of the event sponsors had invited Sir Stirling Moss along. Seen here doing the rounds and signing cars. 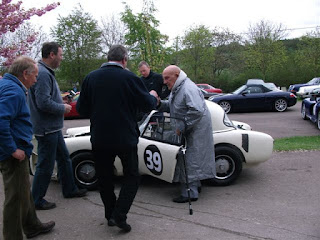 He has kindly signed the steering wheel of our ASM DBR1 demo car. 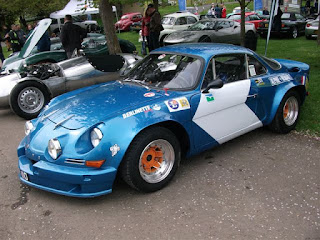 The event attracts a full paddock of all sorts of cars.
A very nice example of an Alpine. 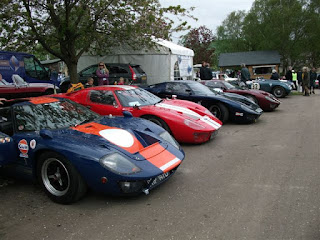 An impressive line of GT40's 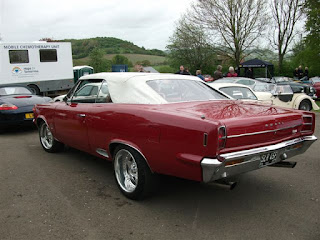 A bit of American Muscle.
AMC Rambler which was not deterred by the damp in the afternoon and ran a full forty yards from the line doing a burnout. 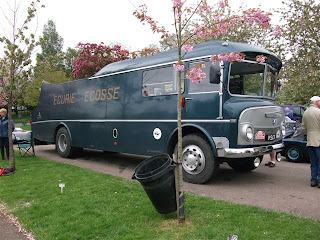 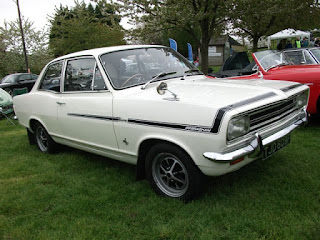 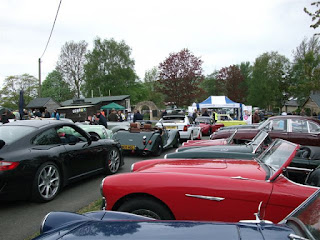 Cars queuing to take a run up the famous hill... 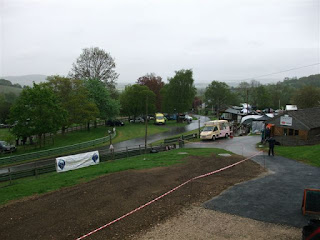 Which turned a little damp later in the afternoon. However there were still plenty of runners.

I believe the event is on course to raise around £19000 for local charities which is an excellent result for a very well organised event.

Many thanks to those who made the event run so smoothly.