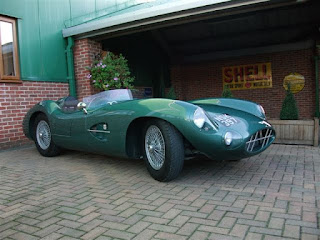 On this occasion the guest of honour was Sir Stirling Moss who provided us with an entertaining morning of tales prompted by journalist Simon Taylor who's encyclopaedic knowledge of motor racing enabled Sir Stirling to recall many interesting stories. 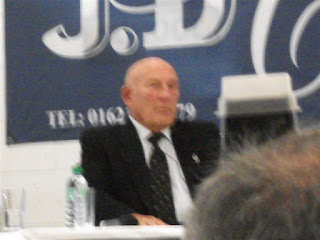 We had never had the pleasure of visiting J D Classics before and were very impressed with the standard of the facility. It is no wonder then that they had been awarded the contract to run the Jaguar Hertiage Race team. Several of the classics on display were well proven race cars from the Heritage team. 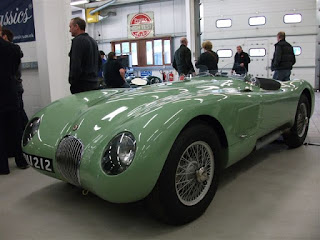 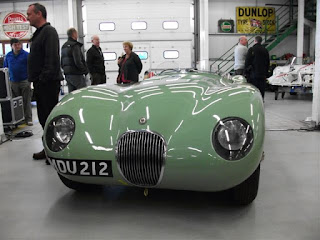 This is the Jaguar C-Type Sir Stirling drove to victory in the 1952 Reims Grand Prix.
The victory was the first race win for a disc braked car, cementing Jaguar's reputation for innovative engineering and helping to make the adoption of disc brakes universal.
XKC 005 had an illustrious competition history. In addition to it's ground breaking victory at Reims. it also ran at the Monaco GP, and also driven by Moss - took victories at Boreham and Turnberry, as well as second at Goodwood. It also ran as a factory car in the 1953 Mille Miglia. 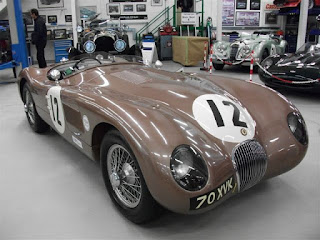 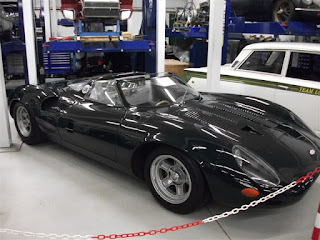 Built as a potential Le Mans contender, it never competed in any race and was subsequently almost destroyed during a photo shoot. Its development inevitably had to take second place to Jaguars new XJ6 saloon launched in 1968. By the time XJ13 was completed, it's design was effectively obsolete against newer cars from Ford and Ferrari. Rules of the time would have required fifty homologation builds and the car was destined to never show it's potential in race form. 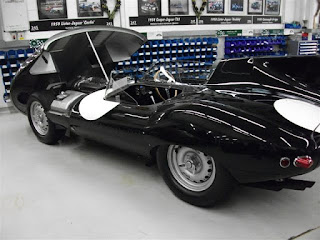 Another of the Heritage race team. This along with about a dozen other cars prepared by J D Classics made the trip over the channel to compete in the Le Mans Classic. 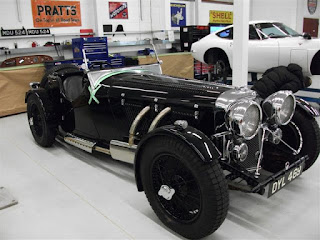 This car had been subjected to a serious amount of Colin Chapman theory. It had just about everything that could have a lightening hole drilled out and also demonstrated quite a few nice period racing details.
A bit of a street sleeper perhaps. 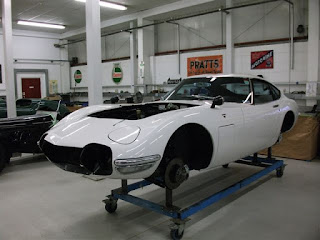 This particularly fine example of a very rare 'Bond car' was positioned to greet folk entering the workshop. 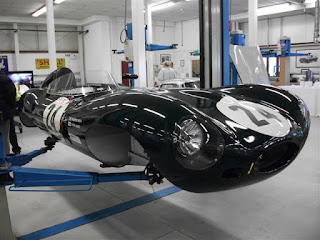 Another of the Jaguar heritage team.

Sir Stirling was kind enough to find a moment to pose with our DBR1 demo car. 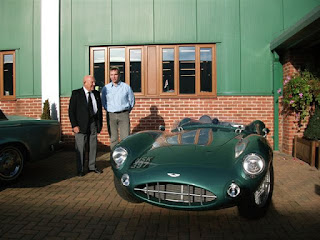 "What engine have you fitted?" he asked. 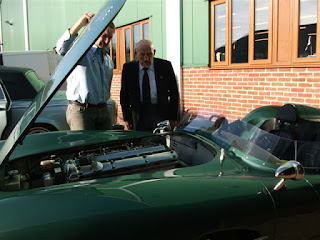 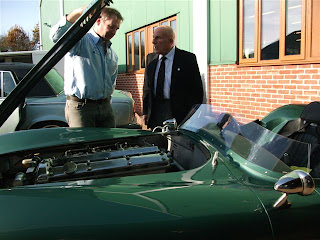 "I hope you fitted a better gearbox than the original cars had" Sir Stirling remarked. 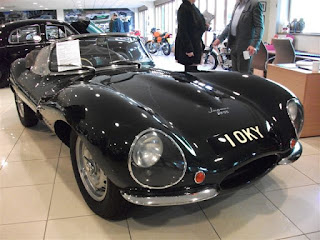 Just one of the cars offered for sale in J D's beautifully appointed showroom. 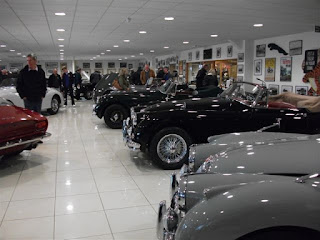 I would like to thank J D Classic for hosting such a fine event for us car enthusiasts and allowing us to wander around their spotless and tidy workshops and showrooms as well as providing refreshments. I would heartily recommend a visit to this little gem tucked away in Essex.
Posted by A S Motorsport at 18:36