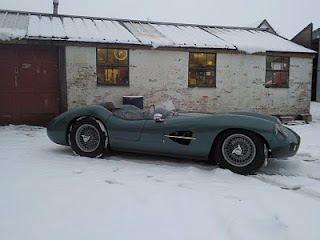 The annual fall of snow arrived early at Bressingham and has settled to quite a depth in places. Nowhere near the amount affecting the North of the country but enough to make test driving a DBR a bit foolhardy. 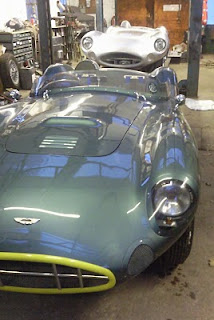 The car in the foreground is a 3.4 XK powered car that has come in for a replacement overdrive unit due to intermittent fault.
This car was spotted en route to Goodwood Revival earlier this year by some visitors who upon wandering past our stand enquired how we had got the car inside in such a short time. They said we were only just following it a moment ago and the driver was 'not hanging about either'. When it was explained that the car on the stand had been there all weekend they decided that what they had seen must have been the real thing. I did not have the heart to correct them as they wandered off. 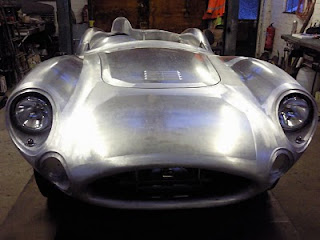 The Aluminium car that was also on the stand at Goodwood Revival is progressing nicely and is in the early stages of build up whilst awaiting it's 4.2 XK from VSE. It is currently fitted with an XK mule block to allow the services to be positioned. 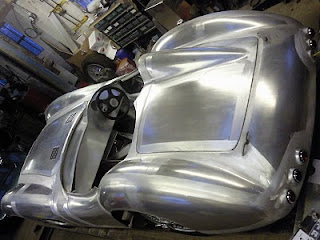 Due for a visit to the paintshop sometime in January but we think it looks rather good as it is.