Anyone who has followed the history of the Aston Martin DBR cars or indeed the GT40 story will know that team manager John Wyer ran teams based at the Hotel de France in La Chartre sur La Loire. 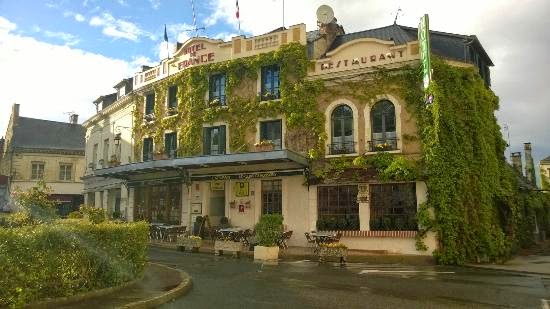 The hotel is situated in the market square of the typical French town and the Le Mans teams used to work on the cars in the alley way alongside the hotel which contained a garage at the rear. 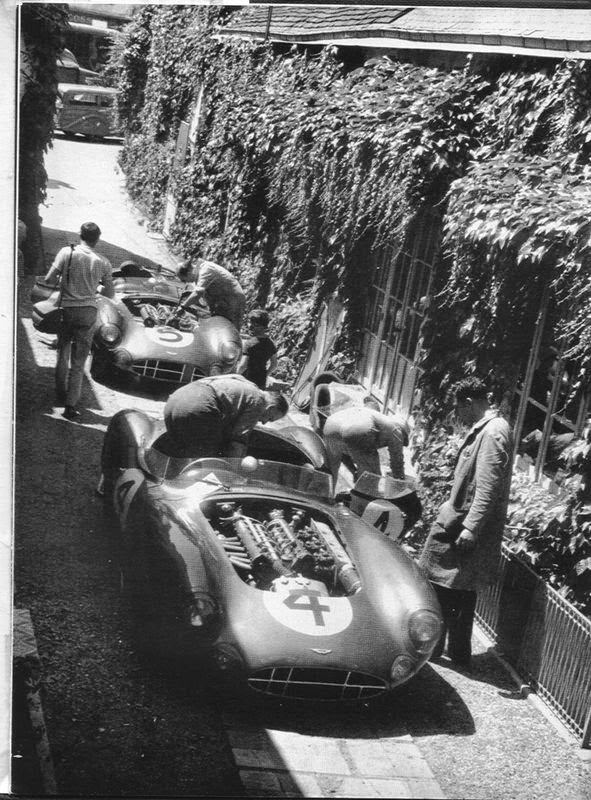 There are numerous iconic pictures taken of cars being prepared ready for the endurance race. ASM visited the Hotel during the Le Mans Classic 2014 and were treated to a great welcome by the hotel owner, Martin Overington, and the rest of the Staff. 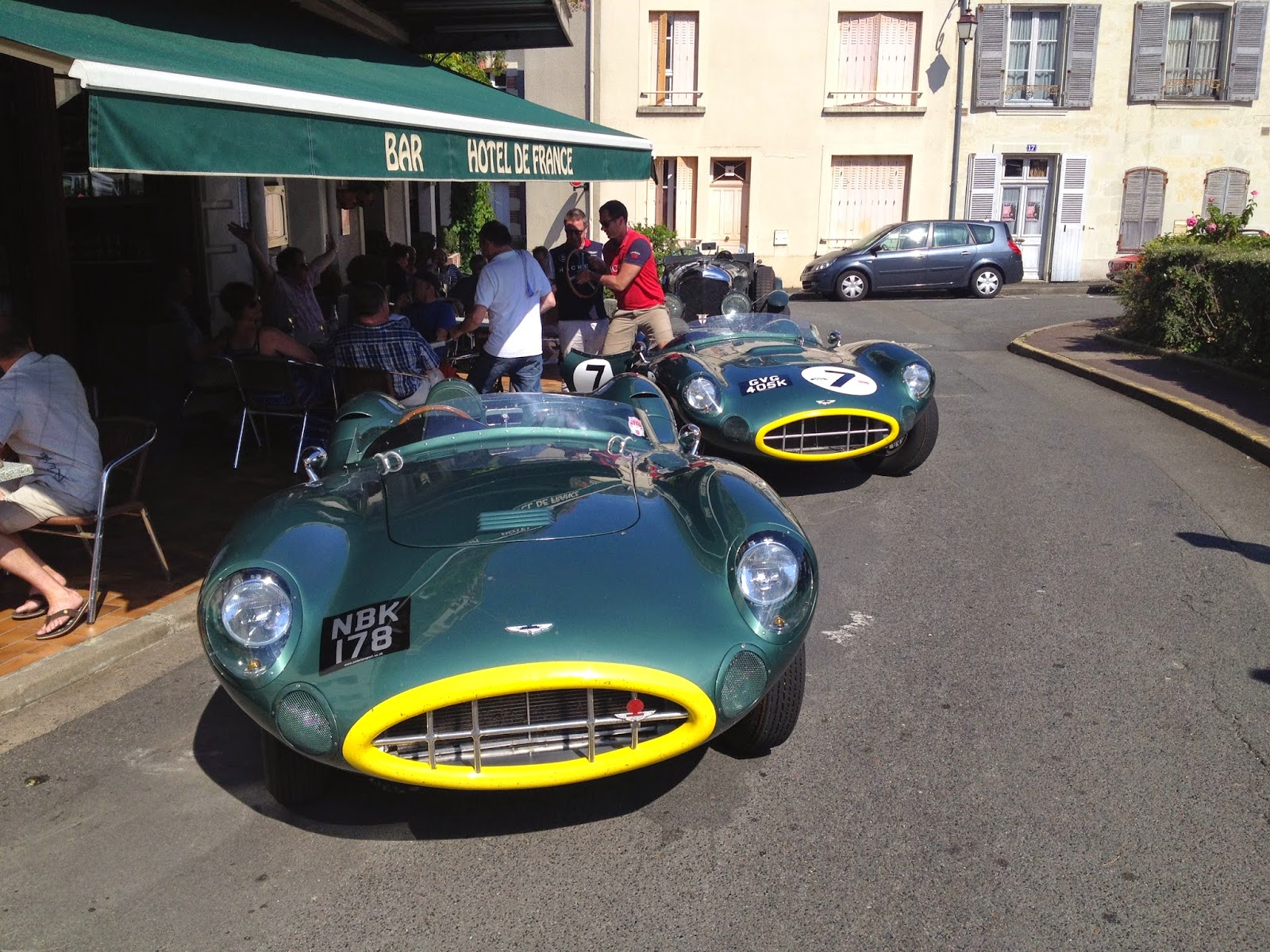 Martin kindly offered to moved his Blower Bentley from the front of the hotel to allow three ASM cars to line up and recreate the factory team pictures.
He then suggested that is would be nice to clear the alleyway and take some more pictures of the cars. 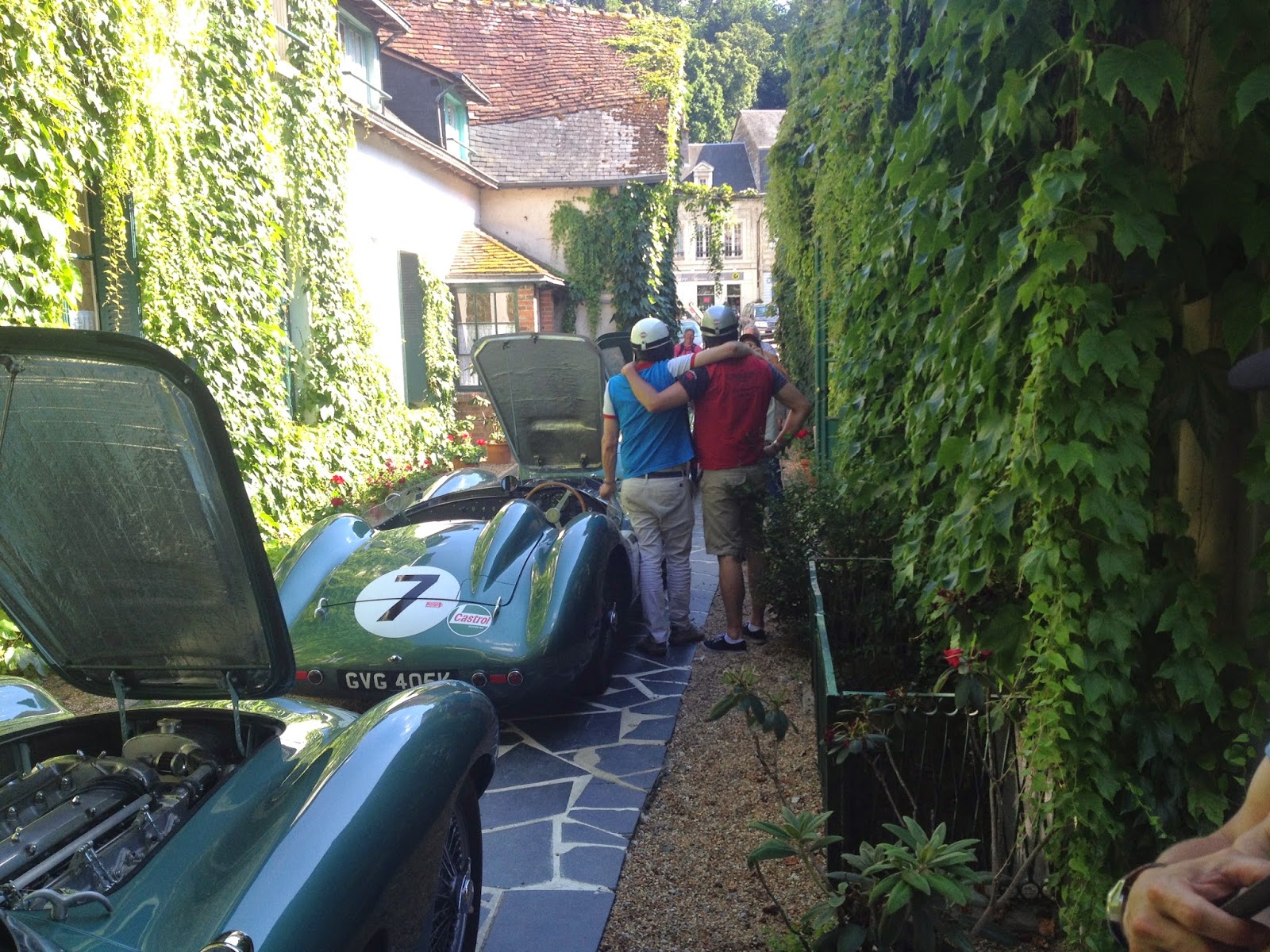 Such a fantastic welcome and great experience in what is an iconic part of the DBR story. Made all the more enjoyable due to the uncontrived nature of the whole coming together.
Two ASM owners plus myself in the company Demo car happened to arrive on the same day and it was suggested that we meet at the Hotel prior to the Le Mans Classic event.
This was with Father and Son 'Team Lockett.' driving up from near Nice through the Alpes Maritime plus the Brothers Calvert coming down from Calais.
I had travelled overnight from Newhaven - Dieppe and arrived around Eight O Clock in the morning at Camping Bleu to pitch the tent after a non stop blast through as many non motorway roads as I could manage.
As there were no staff at the campsite when I arrived I felt it was only right to spend half an hour zooming up and down the public bits of the track which were still open at that point. A very evocative experience with plenty of open stretches of tarmac to enjoy.